We Only Love You When You're Dead 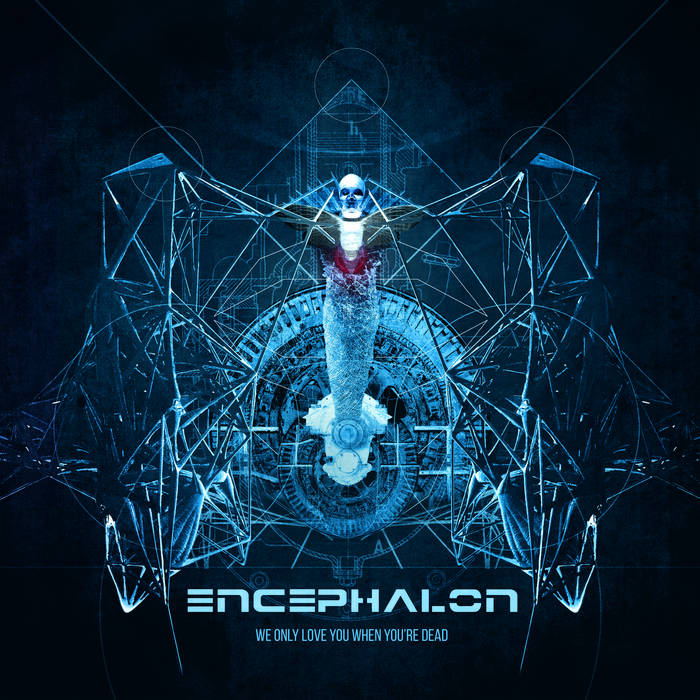 jeremyleach these guys are great. hard ebm and electro jams with cock out attitude. fucking a plus shit. whens the next album? Favorite track: In Plague.

andricongirl Extremely catchy and well produced. Gets in your ear and never leaves. Favorite track: The Calvin Klein Of Slime.

Oleg Schavinsky I just love this one. Favorite track: What Part Of Me Dies.

You can also buy this on Storming the Base: www.stormingthebase.com/encephalon-we-only-love-you-when-youre-dead-2cd-deluxe/

Delivering their debut album in 2011 on Artoffact Records, Encephalon returns to the Toronto-based label this Fall for the release of their third and most polished work to date, the double CD We Only Love You When You’re Dead.

Encephalon was formed in 2005 in Ottawa, Canada by Alis Alias, Matt Gifford, and Sam Mainer and self-released a number of demos before getting the attention of labels, most notably the German label Dependent (who put out the band’s first commercially available track), and Artoffact Records, who released the band’s debut, The Transhuman Condition. That record went on to receive album of the year nods on music blog I Die: You Die, who noted that Encephalon are “squarely ahead of most of their peers.”

After an eventful half-decade spent playing gigs and festivals, Encephalon return with their third record, a double-album of stupendous, incredibly well-conceived music. The new album will continue to inspire and awe fans of cyberpunk industrial, while still drawing on the epic mixture of symphonic-metal, EBM, and, yes, Meatloaf, that we’ve all come to love.

This profile is managed by the guys at Storming the Base. If you order from here your email will be added to their mailing list, but that's what you always wanted, right?

Bandcamp Daily  your guide to the world of Bandcamp